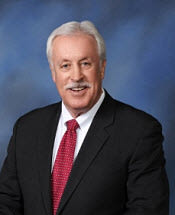 Scot Sheldon has been licensed to practice in the State of Texas since 1979.  Mr. Sheldon first achieved an AV Rating, the Highest Possible Peer Review Rating in Legal Ability & Ethical Standards, in 1999 and has been AV Rated each year since.  Mr. Sheldon began his legal career working as an in-house attorney for a New York Stock Exchange Company practicing in the areas of securities and finance.  Mr. Sheldon was also involved in the acquisition of an oil and gas company which became a wholly-owned subsidiary of the NYSE Company.  Since 1982, Mr. Sheldon has been in the private practice of law in Beaumont, Texas.  Mr. Sheldon is a commercial transactional attorney, who currently represents The Port of Port Arthur Navigation District of Jefferson County, Texas (more than 35 years), the South East Texas Regional Planning Commission (more than 35 years), the Port of Orange, the Calhoun Port Authority, and numerous businesses located in the Southeast Texas area.  Mr. Sheldon’s business clients include more than 15 car dealerships, 3 boat dealerships, and several construction companies.  Mr. Sheldon’s practice includes formation and start-up of business entities, mergers and acquisitions, and negotiation and preparation of contracts in connection therewith.  Also, Mr. Sheldon has served as Issuer Counsel and Bond Counsel in several billion dollars of tax-exempt and taxable bond financings for commercial, health care, housing, pollution control, sewage and solid waste, and industrial/plant expansion projects.  Finally, Mr. Sheldon’s practice includes negotiation and preparation of pipeline and other forms of easement agreements, which Mr. Sheldon has handled for numerous landowner clients throughout the State of Texas.

When not practicing law, Mr. Sheldon enjoys sports of all types.  Mr. Sheldon has been actively involved in coaching baseball at all levels throughout his legal career.  Mr. Sheldon also has served on the Board of numerous charitable organizations.  In addition to being a licensed attorney in the State of Texas, Mr. Sheldon is a member and former Director of the Jefferson County Bar Association and a member of the Texas Bar Foundation.